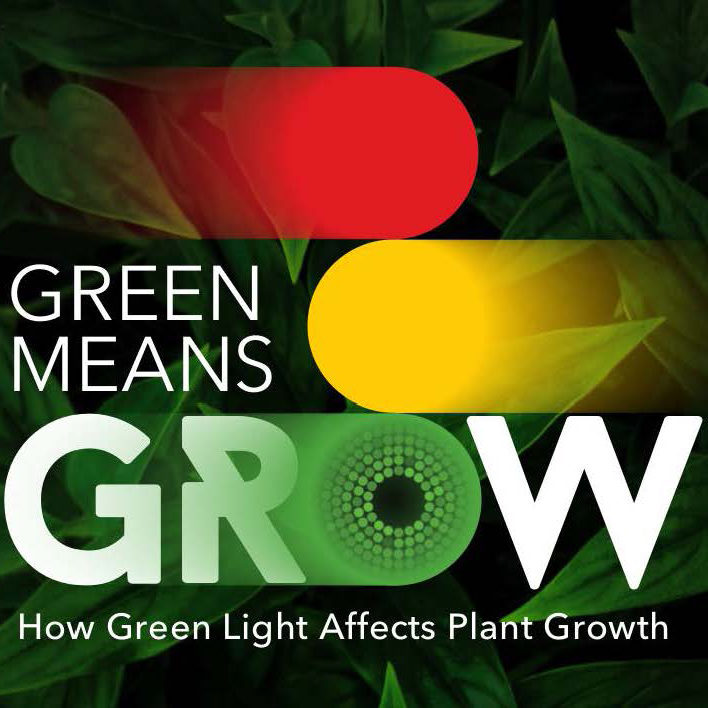 In LED horticultural lighting, red and blue wavelengths were thought to be the only part of the spectrum that drove photosynthesis because chlorophylls are receptive to those colors. New research now reveals that previously dismissed green light can also drive plant growth. Fluence Bioengineering’s chief innovation scientist Dung Duong explains the new data.

The current state of the LED horticultural lighting industry would lead some to believe the world only exists in shades of red and blue. Thanks to narrow readings of research done by Dr. K.J. McRee and Dr. Katsumi Inada, a general consensus in the industry is visible ranges of red and blue light are the only wavelengths of light needed to induce photosynthesis.

However, better analysis of the experiments conducted by McCree and Inada has shown limitations on what should be concluded from their research. It is important to recognize the discrete findings from McCree and Inada do reinforce historical experiments which reached similar conclusions, but also clearly define the boundaries in terms of technology and intent regarding how each of these experiments were performed. While McCree’s research and Inada’s research are groundbreaking for understanding the science behind photosynthesis, there have been assumptions derived by the horticultural lighting industry which are incorrect.

WHY GREEN LIGHT BECAME “INVISIBLE” IN HORTICULTURE LIGHTING
Before we can fully discuss the misconceptions around visible light, we need to discuss a couple of myths on why red and blue wavelengths are generally thought to be the only wavelengths needed to drive photosynthesis. Chlorophylls are widely recognized as being the primary photoreceptors which allow plants to draw energy from light. Chlorophylls A and B absorb the most amount of energy from the blue and red regions of the electromagnetic spectrum (Fig. 1). But chlorophylls are not the only photoreceptors that drive photosynthesis. Carotenoids are another example of photoreceptors which efficiently promote photosynthesis and will absorb energy from the violet to green regions of the electromagnetic spectrum; chlorophylls are simply the most effective.

As already established, chlorophylls are highly receptive to red and blue light (Fig. 2 a and e). Red and blue light will penetrate the top few cellular layers of a single leaf but will generally be absorbed by chlorophylls located in those top few layers. Green light behaves differently when it penetrates the top layers of the leaf (Fig. 2c) as it is not as effective at being absorbed by chlorophylls. This characteristic is beneficial as it allows green light to penetrate deeper into each layer and partially transmit through the bottom layer. When this is applied to an entire plant, this characteristic allows green light to efficiently penetrate through to the entire lower plant canopy driving greater photosynthesis throughout the entire plant.