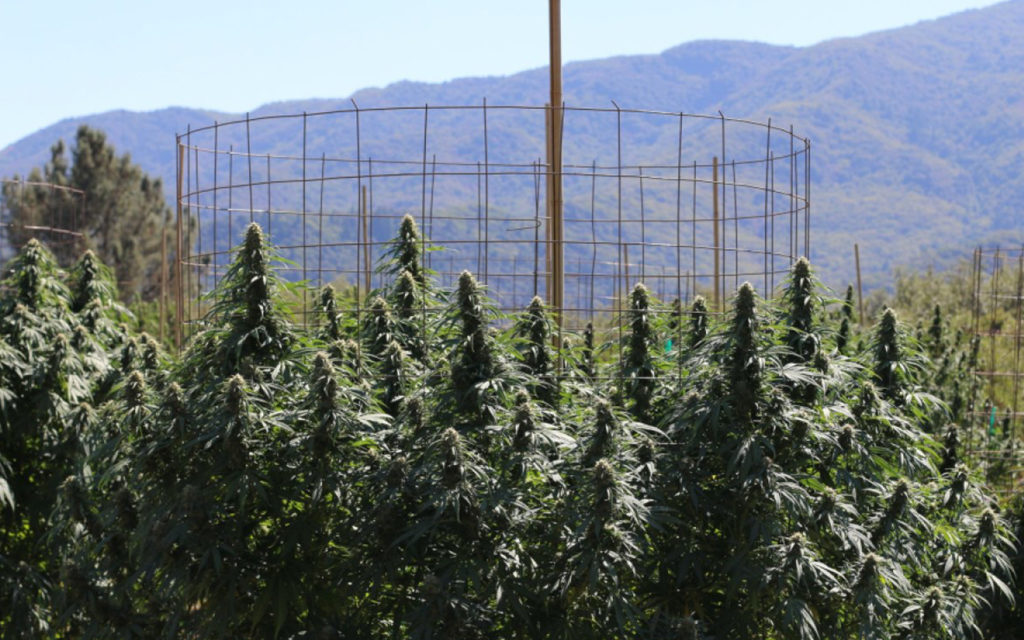 Between energy-intensive indoor grows and the mountain of plastic packaging, legal weed is not as green as you would think. But some producers — like California’s Aster Farms — are leading the way to sustainability

This story is part of Covering Climate Now, a global collaboration of more than 250 news outlets to strengthen coverage of the climate story.

Cannabis is a pretty eco-friendly plant, all things considered: It’s versatile, it’s one of the fastest- growing commercial crops, and it may even help clean up soil that’s been contaminated by other farming practices. But despite all that, not to mention its perception as an Earth-loving agro-business, the legal cannabis industry isn’t all that green.

Since the early days of legalization, weed has struggled to match its sustainable image. Between the vast amounts of energy used for indoor grows (according to a 2011 estimate, a full 1 percent of the nation’s power usage goes to cannabis operations, though that number could be higher in 2019), the water used to cultivate plants, the oil used to ship them, and the packaging needed to sell them, the waste really starts to add up. And as the industry continues to expand rapidly — spending on cannabis is projected to hit nearly $50 billion a year by 2027 — the problem will only get bigger.

One obstacle is that much of the waste is due to regulation: Few legal states allow for outdoor growing, which is far more energy conservative than indoor, and single-use packaging is mandated by child-proofing standards and the ever-changing nature of cannabis regulations in general.

“Packaging regulations, like all regulations, are a shifting target,” says Ben Gelt, board chair of the Colorado-based Cannabis Certification Council, which hosts the annual Cannabis Sustainability Symposium. “With packaging, it’s very noticeable when a [regulatory body] changes a rule, because most companies have to change all of their packaging…It’s hard to invest in something not nimble or cheap, because you might have to ditch it.”

But Aster Farms, a small grow in Lake County, California, is trying to tackle some of those barriers to sustainability, in the hope that others will follow their lead. The company prides itself on growing its plants outdoors, and keeping its entire operation pesticide-free and hand-picked. President Sam Ludwig’s family has been farming in the region for generations, while CEO Julia Jacobson has a more corporate background, but turned to cannabis in her twenties to combat chronic migraines. “We really take sustainability seriously, from our agriculture practices all the way to our stores,” says Jacobson.

It’s an issue that got very personal for Aster Farms last summer, when Lake County was hit with the Mendocino Complex wildfire. Exacerbated by climate change, it was the largest fire in California history, with nearly half a million acres burned — including several of Aster Farms’ own outbuildings. “For us, the Mendocino Complex Fire drove home the power of nature,” says Jacobson. “Every year now, we are seeing more wildfires, stronger hurricanes, and flooding in 1,000 year flood planes. It’s a reminder that while this is part of the cycle of nature, [climate change] is happening and will affect all of us in someway, somehow, sometime.”

The company has since launched a give-back program, a package of pre- rolled joints called Harry’s Harvest (named for the cat the farm lost in the fires), which donates $2 from every sale to the local volunteer firefighters who helped combat the blaze.
Though they’re by no means the only cannabis company aiming for more environmentally conscious practices, Aster Farms has taken a uniquely holistic approach to the problem. First, there’s the soil they’re using. “We use the live, native soil right on our farm,” says Jacobson, who adds that they also don’t flush (that is, throw out) their soil year after year, as many cannabis farms do to replace depleted soil. Instead, Aster farms uses regenerative crops like peas, rye, and sunflowers to reintroduce nutrients so the same soil can be used again.

It’s a practice that saves money and creates less waste, but it’s also got some great environmental benefits. Organic soil naturally captures atmospheric carbon in a process called sequestration, and farming practices that keep soil disturbance to a minimum keep more carbon in the ground, drawing it down so that it’s not further contributing to climate- change-causing emissions. Some groups estimate that industrial cannabis can sequester 20 tons of carbon per acre per year. If smarter farming practices were applied to all 1,142 acres of permit-holding cannabis farmland

Growing cannabis outside also cuts down immensely on energy usage, since it doesn’t require 24/7 fans and lighting systems to keep the plants alive. “Outdoor cannabis produces only 4 percent of the amount of CO2 indoor cannabis does,” says Ludwig. “That’s about 25 times more CO2 produced [indoors].”

Indoor grows have a lot of room for improvement. For example, Gelt, of the Cannabis Certification Council, estimates that 98 percent of the industry in Denver is still using high-pressure sulfur (HPS) lights to grow their crop, as opposed to the more energy-efficient LED lightbulbs. He credits this to price (the cost to go from HPS to LED is significant), but also partially to tradition. “There are still many [legacy growers] in the now-legal industry that have longer experience in production, and there’s resistance to change in method because of what’s always worked for them,” he says.

Solar is an emerging option in indoor cannabis, and companies like Canndescent — which completed the industry’s first commercial-scale, solar-powered indoor production facility earlier this year — are showing how it could be done. The company plans to release a white paper on how they made the transition to solar so that other companies can learn from it (it took two years to wrangle the permits and financing).

Even without the strict regulation surrounding outdoor grows, getting the industry to move outside would also take overcoming some stigma. “There’s definitely a myth that outdoor cannabis is not as potent or as good as indoor cannabis,” says Jacobson. “The only reason people grow indoors is because of prohibition — they had to physically hide the cannabis. But cannabis is not meant to be grown inside.”

And then there’s the issue of packaging. If the Great Starbucks Straw Debate of 2018 has taught us anything, it’s that getting people to stop using plastic is pretty tricky. And that’s a problem: About 300 million tons of plastic is produced annually, and much of it ends up in landfills or the ocean after its outgrown its use. And sometimes that use is once: Single-use plastics are de rigeur in the cannabis industry, mostly because of the aforementioned regulation. “Just because you’re selling a single small joint doesn’t mean that it can go in a small package,” says Jacobson. “It has to be able to include all of the warning language, all of the test results, all the information about your company in six point font. And beyond that, everything has to be child- resistant — that’s an actual certification.”

Sometimes, the only way to include all that information is to put it on wasteful packaging. While Aster is working with outside companies to create custom, recyclable packaging, they also try to avoid practices that would be obviously unsustainable. That means, for the time being, Aster Farms won’t be creating a line of vape products. “If you’re looking at the vape industry, which is a large portion of the cannabis being sold on the market right now, the majority of those vape pens are single use,” says Jacobson. “You’re talking about a lot of hardware, a lot of metal, a lot of plastic, a lot of chemicals that are just being thrown away. And so for a company like us, when we go to expand our product line, we have to be very strategic about what types of products we plan to expand to, taking into account all of those different factors of sustainability.”

Gelt says that, as far as the industry writ large is concerned, there’s an increasing demand for more sustainable packaging options that still meet all of the regulatory guidelines. “Packaging companies that are seeing this problem are also seeing the opportunity in it,” he says. “That’s something that is beginning to happen.”

Though Aster Farms is just one small company in an ever-growing galaxy of legal cannabis producers, its founders are optimistic about the industry’s sustainable future. “The change is happening on a global level,” says Jacobson. “Sixty-six percent of consumers are willing to spend more for a sustainable product. We see this trend happening globally, and we see it in other consumer-packaged goods. And cannabis is next.”

Correction: This story previously stated that Aster Farms is located in Mendocino County, California. It’s located in nearby Lake County.